Luxembourg, a major player at the European level in the field of insurance and reinsurance.

Luxembourg insurance professionals have a unique role in Europe in designing wealth management solutions to meet the challenges faced by multinationals and internationally mobile individuals.

In Europe, each country is required to have a regulatory body responsible for the safe and proper functioning of the insurance sector, by making sure that all (re)insurance companies established and operating in its jurisdiction, comply with the laws and regulations in force.

In Europe, the ‘twin peaks’ supervisory model is frequently which incorporates all financial sectors under the separate supervision of prudential and conduct regulation respectively. One of the specificities of Luxembourg is to have a separate regulator for the different financial sectors so that prudential and conduct supervision are carried out by the same regulator, dedicated solely to (re)insurance activities. The Commissariat aux Assurances (CAA), an independent regulatory authority , is the body officially responsible for the supervision of the insurance sector in Luxembourg; responsible for monitoring all players in the (re)insurance sectors and enforcement of Luxembourg and EU laws to ensure their activities do not harm the interests of customers.

The stability of the economic, political and social environment, the uncompromising legislation on the protection of consumer rights and the fact that the country has a strong history as an international financial centre, where business is conducted on a multilingual basis; makes Luxembourg attractive to foreign (re)insurers. The presence of the international groups is demonstration of this.

Insurance under the freedom to provide services from Luxembourg

In addition to these characteristics specific to Luxembourg, the European Union has been working since the beginning of the 90s to create a Single Market. This is embodied in the European passport and is reflected in the freedom of establishment of companies as well as the freedom to provide services (LPS) across the European internal market. This construction was carried out in stages and is framed by European Community legal instruments. Today, the European consumer can freely choose their insurance product from a provider in any of the countries of the EU.

Historically, Luxembourg’s geographical proximity placed it at the forefront of international trading networks. Luxembourg’s competence in financial services means there is a broad network of expertise within the country, giving rise to innovative (re)insurance solutions. When combined with the flexibility offered in terms of multilingualism, many large international (re)insurers have chosen to do business and distribute their products from Luxembourg under the EU LPS regime. The CAA has strong actuarial capabilities which provides confidence in the market, and products alike. 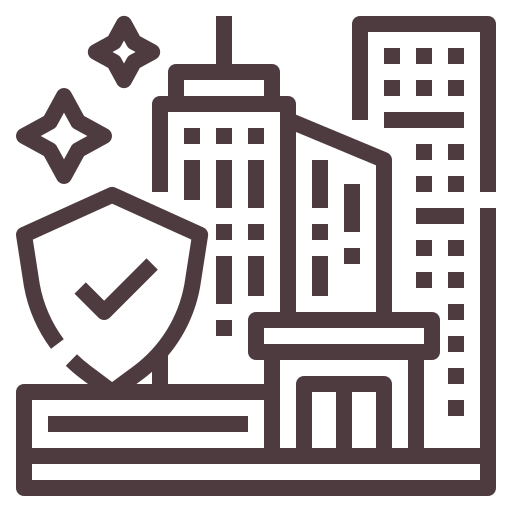 To guarantee their contractual obligations and commitments, insurance companies must build up sufficient reserves to cover all the contracts they have written.

In order to build up the assets representing their technical reserves, insurers inject this money into the economy in the form of investments in securities and real estate. Increasing attention is being paid to the social, environmental and governance (ESG) impact of these investments.

The Union des Entreprises Luxembourgeoise (UEL), the Conseil Economique et Social (CES), and the ACA have been addressing for several months the issue of pension financing in Luxembourg.

The system is currently based essentially on the 1st pillar

The individual pension plan – 3rd pillar – and the complementary pension plans (at the initiative of the employer) – 2nd pillar – allow to usefully complete the legal pension which, in the long run, will be insufficient due to

Encouraging the 2nd pillar (collective supplementary pension) and 3rd pillar (individual pension) is an efficient way to limit the expected decrease in the State pension reserves in the coming years.

The (re)insurance sector contributes nearly € 400 million annually to the Luxembourg State budget, of which : 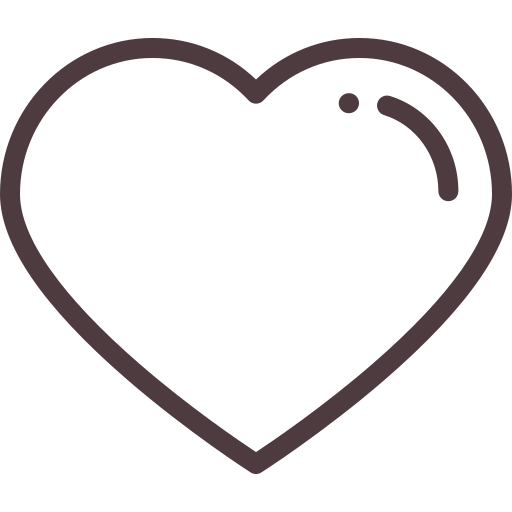 Life insurance: A way of providing security via foresight

What is life insurance?

Life insurance is an insurance of persons, which covers natural persons against risks inherent to human life and physical integrity such as illness, accident, disability and death. Life insurance contracts can come in many forms: a lump sum payment in the case of death of the insured; contract paying a benefit to the policy owner upon death of the insured; a term life policy which may expire after a certain number of years; a savings contracts at a guaranteed rate or in units of account.

Luxembourg is a major player in life insurance at the pan-European level. Unlike its neighbours , Luxembourg is internationally oriented. Since the early 1990s, the European Directives on the Freedom to Provide Services has been used in Luxembourg to provide insurers with a framework to serve other European countries. Today, most Luxembourg-based companies operating under the Freedom to Provide Services have more than 20 years of experience, and therefore a unique expertise in pan-European insurance matters. The unit-linked life insurance contract taken out in Luxembourg combines the advantages of Luxembourg prudential and conduct law with the civil and fiscal specificities of the subscriber’s country of residence.

There are many reasons to choose a Luxembourg life insurance policy:

Luxembourg insurance companies offering solutions under the Freedom to Provide Services are internationally recognised for their expertise. They are very diverse, from the local Luxembourg company to the subsidiary of a large international group (French, German, English and other), from the company with 20 employees and serving 3 markets to the one with 400 employees and serving more than 20 different markets. They are all subject to the same obligations and regulated by the CAA. 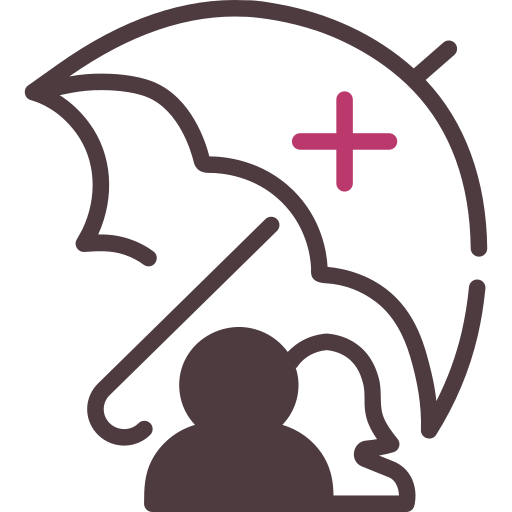 What is Non-Life insurance?

In the sense of the European Directives, so-called “non-life” insurance concerns property, liability and health insurance. Their commitments are essentially short-term, since they generally settle claims within less than two years, with a few exceptions such as civil liability, surety and construction insurance. Their clientele consists of households and businesses. Their activity covers both automobile and health insurance contracts as well as the assumption of more specific risks related, for example, to maritime and air transport, or business interruption due to natural disasters or cyber attacks.

Luxembourg has historically stood out for its success in life insurance and reinsurance. However, following the UK’s decision to leave the European Union, the country is assuming an increasingly important role as a European hub for non-life insurance, and major players have established themselves in Luxembourg to continue to distribute their insurance solutions to European residents. The fact that a significant number of companies have chosen to locate in Luxembourg underlines the quality of the resources available and the regulatory framework.

Reinsurance: the keystone of the insurance system

Reinsurance is predominantly an international business. It involves ‘the insurance’ of insurance companies. Reinsurers play a key role in the international financial system by underwriting large events, that in the case of occurrence, could render an individual insurer insolvent. In order to underwrite such large events, such as natural catastrophes, reinsurers must spread their exposures globally. Reinsurers are then able to pool and balance their risks across the globe. Reinsurers essentially protect insurers against abnormal losses, due to events of unusual frequency or intensity.

Reinsurance can take many forms, broadly the insurer can cede to the reinsurer a single risk or a package of risks. Also the contract can be organised in a way whereby, for example, the reinsurer would pay for a proportion of the losses (pro-rata reinsurance) or losses in excess of a certain limit (excess of loss reinsurance). Companies can also reinsure risks within their own group structure via use of a captive undertaking, which is also considered to be a reinsurer, albeit with a lower risk profile.

The ACA counts among its members 16 reinsurers, among the very big names in reinsurance at the international level.

Luxembourg is the largest captive reinsurance market in the European Union. The vast majority of the 200 reinsurance companies in Luxembourg are “captives”, i.e. they are separate legal undertakings within a group structure whose only objective is to reinsure the risks of the group. The use of a captive is often referred to as ‘internal reinsurance’. 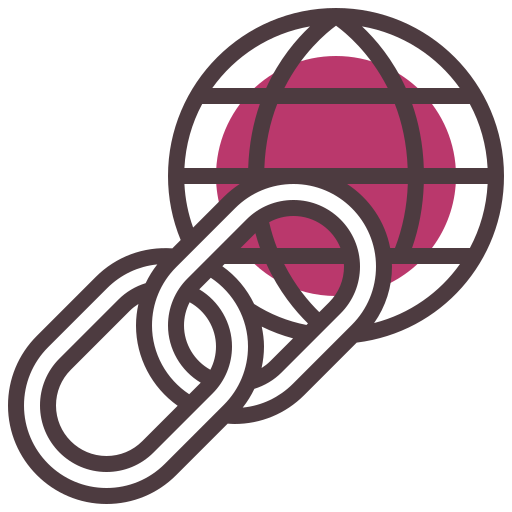 Luxembourg For Finance, has published a brochure dedicated to the insurance sector available in digital format but is also for download via the following link :

The ACA is a partner of the House of Training, an approved body offering continuing professional development training.

The House of Training came into being by the 2015 merger of continuing professional development training bodies LSC and IFBL – formerly units of the Chamber of Commerce and the Association of Luxembourg Banks and Bankers (ABBL) respectively. The House of Training trains thousands of participants in a huge range of subject areas.

The House of Training offers courses specifically designed for the insurance industry and developed in collaboration with ACA.

Via the House of training, you can access several certifying formations:

The various courses are presented on the website https://www.houseoftraining.lu/en_GB/training/domain/insurance-146